Winter came earlier this year than it has in the past couple of years, so unfortunately we have had to close the Sea and Stone Courses a little bit earlier than we had hoped for.

But just because the golf course is closed does not mean we have not been keeping busy down here in the greens department.  Last week we performed one of our last major tasks of preparing the golf course for the winter, which was blowing out the irrigation system.  All golf courses in cold climates do this towards the end of the season to prevent the water in the irrigation pipes and sprinklers from freezing and bursting pipes and nozzles.  If the water cracks any parts of the irrigation system these problems do not become apparent until the spring and can result in costly and time consuming repairs.

Apart from the irrigation blow -out we have been keeping ourselves busy with various odds and ends that we were not able to get to during the golfing season, and making preparations for next season.  One project that has proved to be very time consuming is thinning out the trees that surround 16 green on the Sea Course.  We have been removing trees from behind and around the right side of the green to increase light penetration and air-circulation.  One limiting factor that causes 16 green to be quite weak is that it is in the shade for most of the day.  By thinning out the trees we are hoping to get the grass more sunlight and improve the health of that green next season.

Our objective while doing this work has been to remove as few trees as possible, while improving the light and air-circulation as much as possible.  The main reason for leaving as many trees as possible is because if we remove too many trees we change the character of the hole.  Having those trees surrounding the green makes that approach shot seem a little bit more difficult.

There are a couple of other areas on the golf course that we intend to do similar works on throughout the off season.

With all the trees we have taken down we are also spending quite a bit of time splitting and stacking firewood for the clubhouse for next season.

The weather forecast promises for the temperature to rise quite a bit over the next week, so there is a chance that the snow will melt enough for us to open up the Stone Course again.  Please look for further updates with regards to Stone Course opening on the Estonian Golf and Country Club website as well as on the club´s Facebook page. 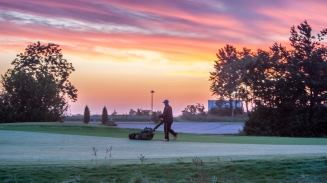 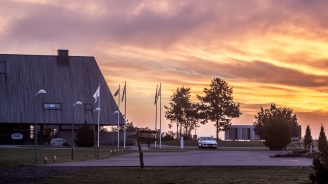 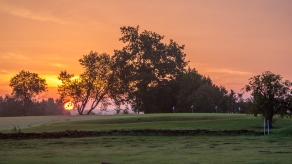 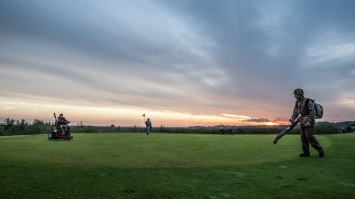 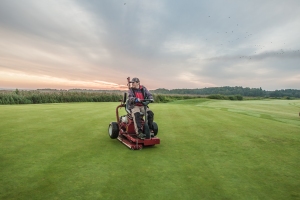